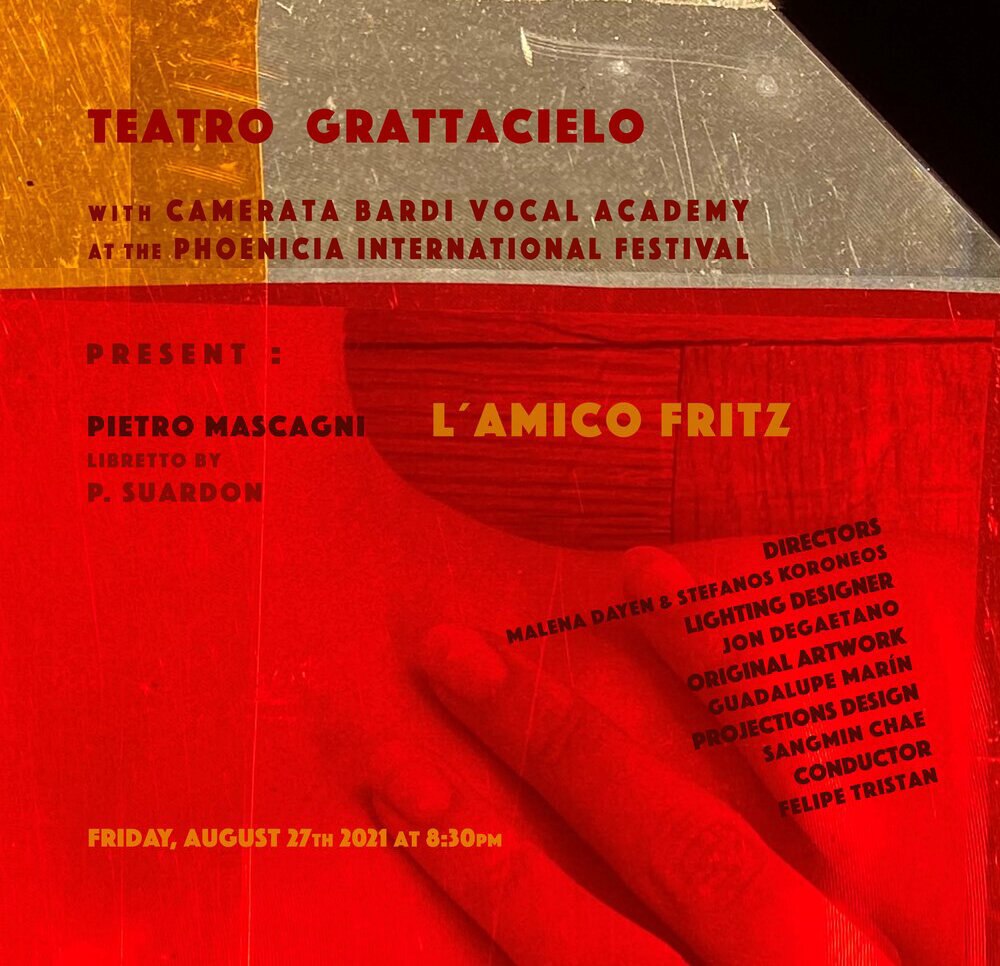 General Director Stefanos Koroneos and Teatro Grattacielo will share their award-winning 90-minute version of Mascagni’s L’amico Fritz. The production is incredibly innovative as specially designed projections will be used as both backdrop and scenery. The projections in this production are a combination of artwork and live feed.

Mascagni wrote L’amico Fritz in 1891 as an attempt to avoid being stereotyped as a violent realist after the success of Cavalleria rusticana the previous year. Yet in so doing, he produced a work that can be dismissed as slight. An exercise in pastoral, the opera is set in pre-Franco-Prussian war Alsace, where Protestant and Jewish communities coexist in gentle harmony, and where bachelor landowner Fritz, with a bit of help from David, the local rabbi, gradually falls in love with Suzel, the daughter of one of his tenants. This production will be directed by Malena Dayen and Stefanos Koroneos with projection artwork design by Lupe Marin, lighting by Jon DeGaetano, and conducted by Felipe Tristan. Sangmin Chae will be the live feed and projections manager.