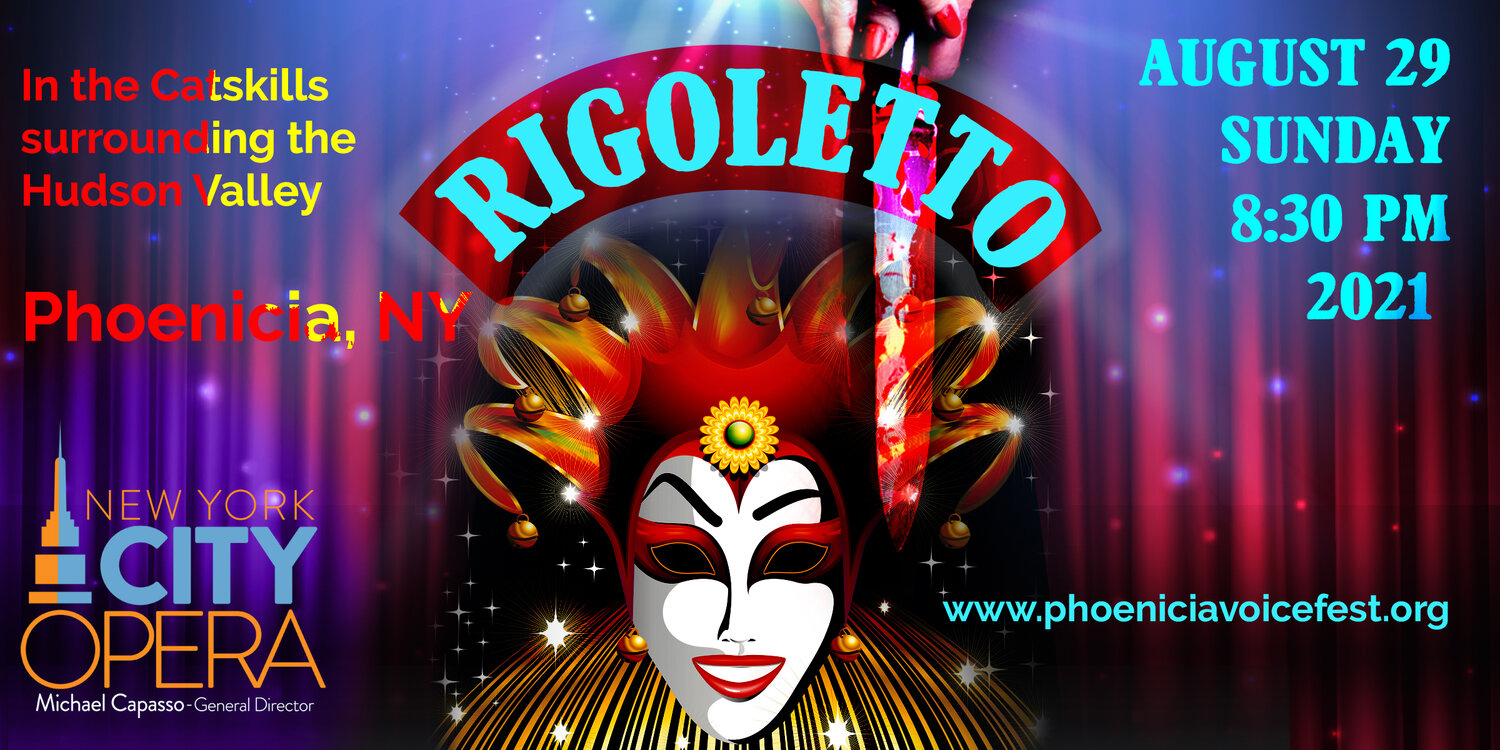 New York City Opera brings its legendary artistry to our stage with a 90-minute version of one of opera’s most beloved works, Verdi’s masterpiece Rigoletto, featuring Michael Chioldi in the title role, Brandie Sutton as his daughter Gilda and Won Whi Choi as the lecherous Duke of Mantua. The production will be staged by NYCO General Director Michael Capasso and feature narration written and performed by acclaimed Shakespearian actor and noted playwright Bill Van Horn.

Dubbed “The People’s Opera” by Mayor Fiorello LaGuardia at its founding in 1943, City Opera continues its commitment to supporting great American talent, launching careers, and highlighting new and exciting artists with every production. We are so excited to welcome this historic company to the Catskills!